BOISE, IDAHO (October 2020) –  Evoca, a revolutionary next-generation television service, welcomes the EVRGRN Channel, a lifestyle channel that celebrates the creative and independent spirit of the Pacific Northwest and challenges viewers to explore the possibilities within their own imaginations. Beginning on Evoca as a VOD channel, EVRGRN will transition to a linear service. The channel was launched in August 2020 by Triple Squirrels, a digital media company founded by Emmy Award-winning TV and film actor Tom Skerritt.

Evoca harnesses the power of ATSC 3.0 – America’s newest broadcast TV standard – to provide unmatched audio and video clarity and a variety of quality, must-watch TV programming for less than $50 per month. The service includes a growing lineup of high-quality, high-definition programming via a proprietary receiver (called “Scout”) to access live local sports, news, weather channels as well as some of  the most popular video-on-demand programming. An early access program launched in Boise in September and will roll out to all residents of Boise in late 2020, with additional markets to follow in 2021. 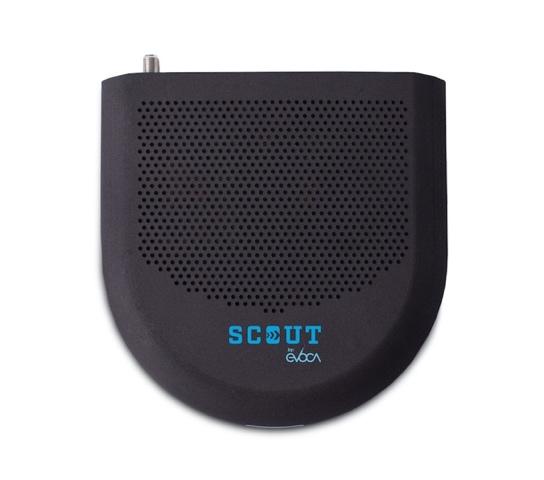 “We built Evoca for the more than 50 million U.S. households in mid-sized markets where TV choices are limited and expensive,” said Evoca President and CEO Todd Achilles. “Our service is an industry-first that combines over-the-air and Internet sources using ATSC 3.0 to always provide the most reliable service and best picture so subscribers can experience as many video games, movies, or video conferences as they want. We’re excited to offer EVRGRN Channel, and help share the world-class creative energy that thrives in the Pacific Northwest.”

“EVRGRN’s ethos is to lift people up and not pull them down,” says EVRGRN Chief Creative Officer, Tom Skerritt.  “We are happy to partner with EVOCA to offer our lineup of entertaining, inspiring and thought-provoking stories from Pacific Northwest creators. And, we’re proud to share the artists, musicians, craftspeople and storytellers that make this part of the world so special.” 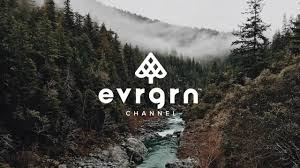 Key elements that make the free EVRGRN Channel unique for viewers include:

In the coming months, Evoca will share additional updates about additional programming partners and rollout plans beyond Boise.

About Evoca
Evoca is a totally new paradigm for TV delivery that is cheaper, more efficient, and offers a superior picture to legacy providers. The service launched first in Boise, Idaho, with plans to reach tens-of-millions of U.S. households over the next few years. Evoca operates from two of the first ATSC 3.0 broadcast stations in the country and is owned by Edge Networks, a team of passionate innovators dedicated to giving all Americans access to the world’s best technologies.

Delivering timeless stories with broad appeal, the EVRGN Channel is offered as both a linear streaming channel and ad-supported video on-demand product by Triple Squirrels, Inc.,a digital media company founded by Emmy Award winning TV and film actor Tom Skerritt (A River Runs Through It, Top Gun, Steel Magnolias). Combining Skerritt’s passion for storytelling and his love for the Pacific Northwest, the EVRGRN Channel, which launched in July 2020, offers content that embraces the spirit of the region and the people that embody it.

Check Availability in Your area

This website uses cookies to improve your experience while you navigate through the website. Out of these cookies, the cookies that are categorized as necessary are stored on your browser as they are essential for the working of basic functionalities of the website. We also use third-party cookies that help us analyze and understand how you use this website. These cookies will be stored in your browser only with your consent. You also have the option to opt-out of these cookies. But opting out of some of these cookies may have an effect on your browsing experience.
Necessary Always Enabled
Necessary cookies are absolutely essential for the website to function properly. This category only includes cookies that ensures basic functionalities and security features of the website. These cookies do not store any personal information.
Non-necessary
Any cookies that may not be particularly necessary for the website to function and is used specifically to collect user personal data via analytics, ads, other embedded contents are termed as non-necessary cookies. It is mandatory to procure user consent prior to running these cookies on your website.
SAVE & ACCEPT

Is Evoca available in your area?